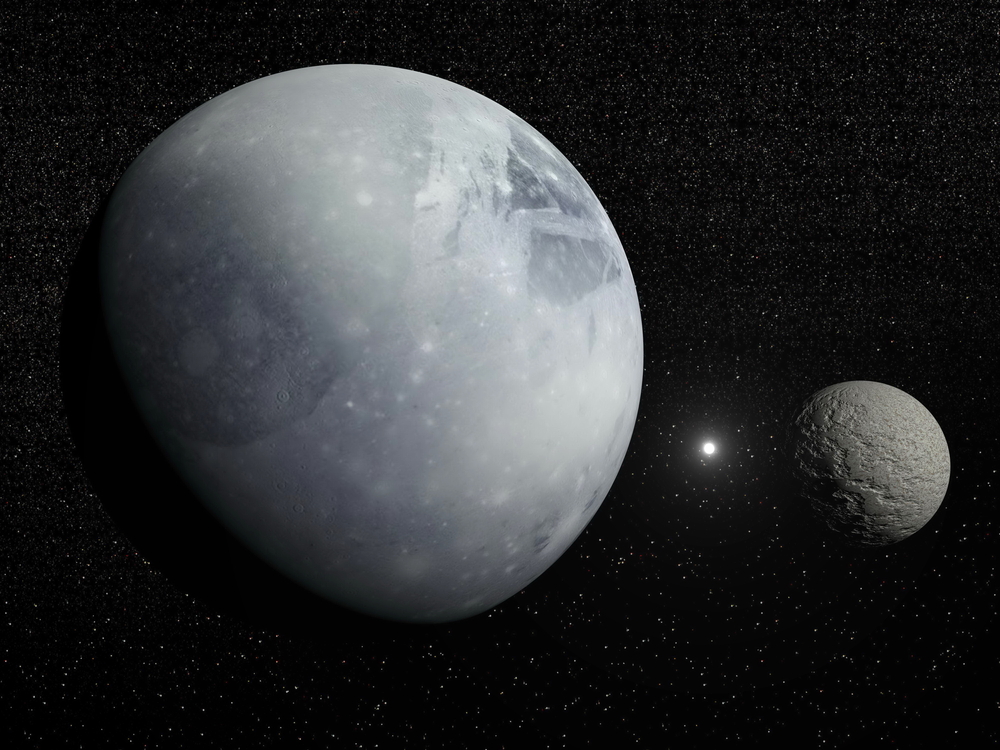 On December 6, a piano-sized space probe was awoken from a nine-year slumber during which it traveled some 3 billion miles. Dubbed New Horizons, the probe has entered full active mode following a series of pre-programed computer commands. New Horizons marks the furthest any space mission has ever gone to reach its primary target: Pluto. And its development may mark the most dramatic management transformation in space mission history.

Launched on January 19, 2006, New Horizons is scheduled to rendezvous with Pluto in July 2015. Its mission is to study the icy worlds at the edge of the solar system. It will take pictures, map terrain, analyze atmospheres, and sample dust. But it will do more. Once New Horizons sweeps passed Pluto it will explore the mysterious Kuiper Belt, a massive region beyond the planets filled with remnants from the solar system’s formation.

But the mission almost didn’t happen. NASA had awarded a contract to the CalTech’s Jet Propulsion Laboratory for the Pluto-Kuiper Express. But it canceled all plans for a Pluto mission in 2000 when cost estimates swamped available resources.

Enter the Applied Physics Laboratory (APL) at Johns Hopkins University. On a landscape strewn with cost overruns and management foul-ups, APL had grown into a savvy, aggressive competitor for space mission contracts. Though much smaller than the Jet Propulsion Laboratory — whose list of marquis missions includes Voyager, Cassini-Huygens, and Galileo — APL had earned a reputation for mission successes. These include the Near Earth Asteroid Rendezvous, and ACE, a space weather station launched in 1997 that is slated to gather data through 2024.

APL submitted a white paper outlining the feasibility of the Pluto mission for a cost of roughly $500 million. APL took on the task in November 2001, driving progress through a “faster, better, cheaper” execution mode, a process that seeks to maximize science returns per each dollar and hour spent.

The Pluto mission presented formidable challenges. Instruments had to be sensitive and precisely calibrated. Yet they had to be durable enough to survive the stress loads of launch and operate in interplanetary space at temperatures as low as minus 150 degrees Fahrenheit. The probe had to be compact, light, and perfectly balanced to prevent wobbling. Its power demands could not exceed that of a couple of light bulbs.

Communications to and from Earth and deep space takes 4 hours and 26 minutes each way, making control of the probe tricky. And after its 3 billion mile voyage, New Horizons had to hit a target roughly 120 miles in diameter — the equivalent of nailing a dime from 100 miles away with an arrow.

To achieve these objectives under tight time, cost, and technical constraints, APL tightly aligned its small, nimble science and engineering teams to drive innovation. It optimized visibility and communications channels between project departments, and implemented a rigorous risk management program. Project leaders relentlessly worked to drive out narrow parochial thinking, and inspire development and creativity among its teams. It kept the once-in-lifetime, groundbreaking mission at the forefront of every activity.

Breakthrough result: The APL teams met stringent technical demands; hit its mission-critical launch window between January 11 and January 28, 2006; and brought it together for a cost of roughly $700 million.

But the era of such creative, relatively inexpensive missions may be over. Because NASA has become so risk-averse due to publicized mission failures and cost overruns that project teams increasingly must invest time in reviews and paperwork. These tasks sap initiative for state-of-the-art pioneering work.

Lesson: To thrive, transformational leadership and breakthrough performance cultures must constantly wrestle with organizational myopia and its inertia.